You can see it in the eyes of some men–that twinkling of cruel mischief. Yet these too have friends… aquaintances really, who like oxen are too timid, loyal or dimwitted to shed their yokes and run like hell. Charlie carries his friendship with Bunk heavily. In the midst of a Sunday rush, the two are breaking bread at Angel’s Diner. Charlie’s chair is half turned away, as if anticipating flight.

“Need an angel’s what you need,” says Bunk.

Charlie squirms. He finds a window. He enjoys watching the cars, trucks, and Lynx buses squash his reflection in the glass.

“Funny… here I am almost retired, and you’re just starting out.”

Bunk smiles, cuts off a chunk of steak and forks it into his mouth. “I’m tellin’ ya, you need an angel.”

“Need a fleet of ’em,” says Charlie, watching as another Lynx bus plows through his reflection in the glass. Again he feels as if a burden has been lifted.

“You know what I mean… an investment angel–venture capital,” says Bunk. “I’ve got one in mind too–a pretty generous fellow.”

Bunk forks more food into his mouth. “Seen our waiter? Criminy, should tip us; we’re the ones doin’ all the waiting.” Bunk tries to laugh and swallow at once, but ends up gagging. “Never been much of a multi-tasker,” he says, blotting a tear from his eye.

“You mind jotting down that angel’s number?”

Bunk jots the digits on the back of dry cleaning receipt, and slides it across the table. “Word of advice. Don’t call till you know what you need… to the dime–and don’t forget what’ll be expected in return.”

“Nothing so poetic,” says Bunk. “Simply put–a steep upside–and just as important, some security in the investment.”

The waiter shuffles over, eyes Bunk’s plate, and mutters, “Only got bone left there.”

“Don’t get cute, boy. Just get the damn sauce. That’s two mistakes–another and we take you out back and shoot you.”

The boy nods, almost as though he believes it. Silence. Charlie coughs. He’s always been embarrassed by Bunk, the way he orders people around–waiters, valets, cab drivers–anyone, really, in the service industry. To distance himself, Charlie plays the good patron–using his pre-soiled napkin to brush lint from the knife he’s dropped, and continuing quietly about his meal–eating hummus when he ordered hamburger, or staring thirstily, yet without complaint, at a lipstick signature on his empty water glass. But now, made reckless by feelings of inadequacy, his reserve falters. “Already done that,” he says, “figured everything… to the penny. Just gotta finish getting those pennies together.”

“How much you have?”

“Managed to squirrel it away from Crystal… which is like trying to keep my bald spot a secret from God,” says Charlie, patting down an over-combed flap of hair. “Hell, she’d be runnin’ round the house like a kid on Christmas if she knew.”

“There’s a lot in hair technology now,” says Bunk. “Could end up looking like Fabio for a couple grand. …Anyway, not bad. Three hundred. But how much’ll you need? And be honest. You can’t taradiddle an angel. These people know what it takes, and believe me, the first sign of a doomed enterprise is a schmuck who underestimates the price tag on his own baby.”

“One point four seven million,” says Charlie, while doing his best to seem unmiffed by whatever dense calculations had conjured such a sum.

“Never knew you were a computer buff.”

“Boy! Coffees! Two!” yells Bunk. The waiter, while balancing a stack of glasses, nods, then continues toward the kitchen. “And fries! Another side! Want more fries, Chuck?”

“Just one then…. Oh, and a hunka that red velvet cake.” Lips pursed, the waiter nods. Bunk leans in, “Gotta pull teeth anymore to get anything from these Ex snortin’, rave dancing, new-age brats. Tattooed and pierced like pin cushions, half of ’em. Little surprise they seemed to’ve leaked out most of their native intelligence. Anyway, you were saying…?”

“Oh…. Well, she was gettin’ on me ’bout my career path… you know. So, I mean, it was part my own curiosity–but I got a late degree.”

Bunk makes a noise of muted astonishment, but it seems directed at the food.

“Surprised how easy I took to it,” says Charlie.

Bunk sucks the marrow from a cow’s femur, then uses the hollowed bone as a primitive megaphone, “Old man always said, ‘You’ll have plenty a time for lyin’ around when you’re six under, and won’t getcha anywhere in this world but there.'”

“…Anyway, I’m not a whiz at programming,” says Charlie, “but I’ve got a real feel for the industry.”

The waiter arrives, sets a plate of fries before Bunk. Charlie watches in disgust as Bunk slides the already ravaged plate back and the new one heaped with fries forward. “Can’t tell you what it’s like, reading of some innovation and thinking, Damn, I had that idea….” Bunk nods as if in response to some other transmission. Charlie persists–something wild welling up within him–as dishes clatter in the kitchen, as a plane tears open the sky, as a tableful of Sunday gossipmongers chatter about other people’s diseases in booming whispers. Yes, he persists… despite myriad perhaps divine interruptions–not the least of which being the inattention of his tablemate, who with bottle claps, fork pokes, knife scrapes, and epiglottal gurglings, seems determined to disrupt. “And like I said, Crystal….”

“Enough,” says Bunk. “Garcon! Bill. Chop-chop. Seen molasses move faster… in Nome. Sorry. …Anyway, I know how hard it is satisfying the softer sex. And it must be even tougher for you….”

“You know, I just heard… well, that your difficulties with upward mobility aren’t just financial.”

“Wives love yapping ’bout their mates’ dysfunctions does your estimate include real estate?”

Charlie doesn’t reply, just gapes at Bunk who, catsup bottle in hand, dives pilot-like into his meal–within seconds reducing the potato pillars on his plate to a bloody rubble. It’s an art, he thinks. Blazes off to gentler terrain so quick, you feel clumsy to repay the insult, and cheated if you don’t. …And that look you’ll get if you do: “I rated you a better man than to trade friendly jibes tooth for tooth, to niggle over each word just to keep things flush.”

“Does location matter?” inquires Bunk–his mouth full of mashed tuber, and his tone telling that the question hadn’t been asked out of curiosity, but rather out of a desire to keep Charlie busy–the way a parent or dog owner may offer a bottle or bone.

Watching Bunk not watching him, and strangely jealous of the attention Bunk lavishes on his French fries, Charlie says, “Yeah. Think it’s key to be near our clients in this game. Downtown’ll cost more, but The Mother Board’ll need the exposure.”

“The Mother Board, eh?” says Bunk, finishing his signature with a sweeping slash across the Vanderputten tees.

“Yeah. That’s the name I’ve given it–least for now. I mean, I could change it….”

Bunk drops the pen, plucks a pink-splotched napkin from his lap, and chucks it on the table. “Nope. I like it. It’s a good name.” Training his eyes on Charlie, Bunk furrows his brow, whispers, “We’re old friends, right, Chuck?”

“Getting older by the minute,” says Charlie who, sensing something gauntlet-like in the way Bunk threw down his napkin, now slings his own on the table in reply.

“Well, whadya say let’s you and me grab a paper and go out this weekend?”

“What do you mean what? Friend, you just met an angel.”

“Holy mackerel,” says Charlie, gaping at Bunk who, fluttering his hands like fairy wings, rises from his chair. “I don’t believe it. I can’t….” 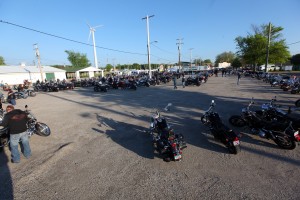 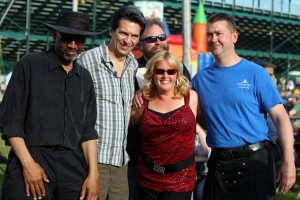 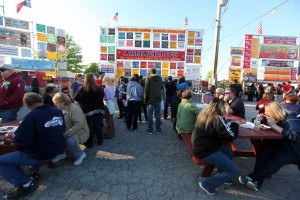 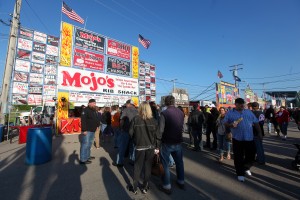 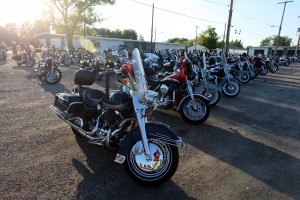 Vertical Lift does a terrific job creating websites. The web site they created for me is fantastic. I continue to be impressed with the quality of the website and the continuing changes that keep it fresh. The graphics were extremely well done, as was the organization of the web content based on a few conversations. I receive compliments about my web site almost daily. So many people want to know who designed it. Vertical Lift does an amazing job. The time and effort they put into design and mai… END_OF_DOCUMENT_TOKEN_TO_BE_REPLACED

When I hired Vertical Lift, I thought I was just buying a webpage. What I got was a beautiful multi-page site. Vertical Lift went over and above everything I expected. Not only was the creation of my website completed within two weeks, but I received several emails from business listing services and search engines who have, or are in the process of linking to my website thanks to Vertical Lift’s efforts. If that weren’t enough, I’ve already made back the cost of the website in new business gener… END_OF_DOCUMENT_TOKEN_TO_BE_REPLACED